Drancy is a low density residential suburb of the Parisian metropolis, traditionally composed of single-family houses. Yet, paradoxically, 60% of the population in the south of the commune currently lives in large housing estates, weakly connected to their environment and with poorly articulated outdoor spaces. This competition calls for the renovation of one of these derelict complexes.

The task can be split into two main actions:

Firstly, it is a matter of physically and socially revitalizing the residential periphery. This includes both collective housing blocks and deteriorated outdoor spaces, trying to improve the relationship with the surrounding low-rise urban fabric. The large existing blocks are reduced to half their length and their apartments renovated and enlarged. An urban fabric of small prefabricated modular dwellings colonizes the large open space left between the existing buildings to establish a dialogue with the traditional pavilions in the surrounding area.

Once cohesion has been achieved in the private sphere, a public counterpoint can be generated. A series of small public facilities punctuate the new fabric. The space around the Maison Orange is completely restructured to become the centre of gravity of the ensemble, a strong and lively meeting place.

Commercial, cultural, social, leisure and, why not, political activities are called upon to form a new type of suburban centre: a (sub) Agora. 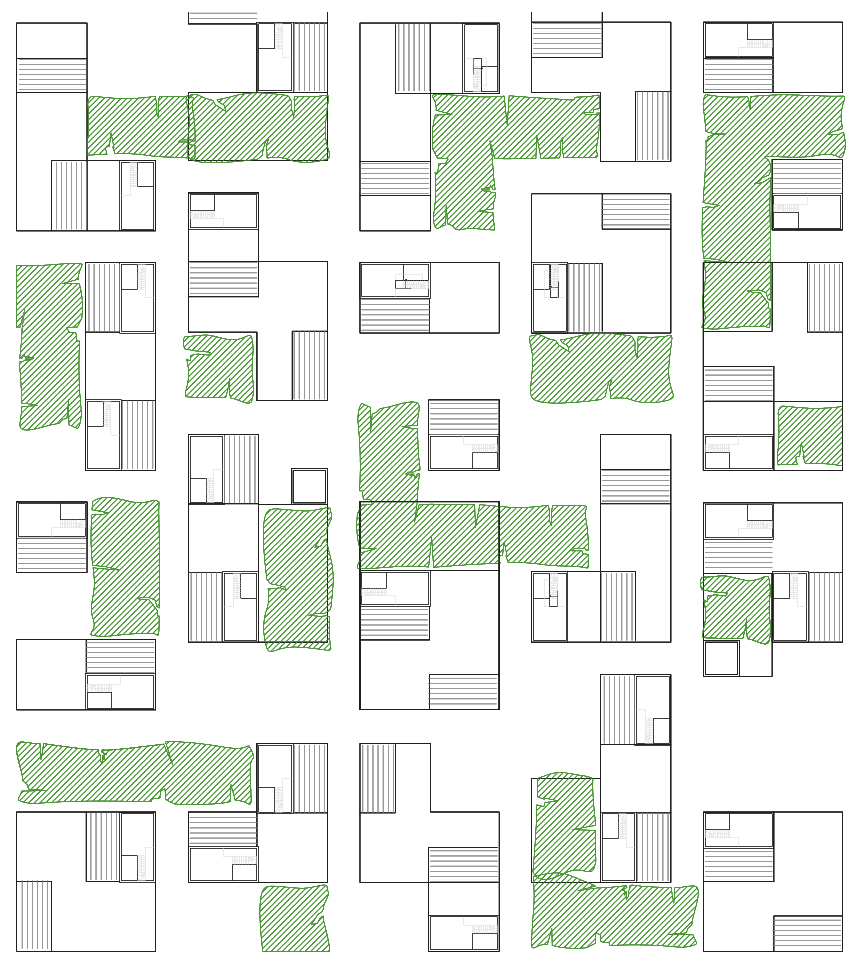 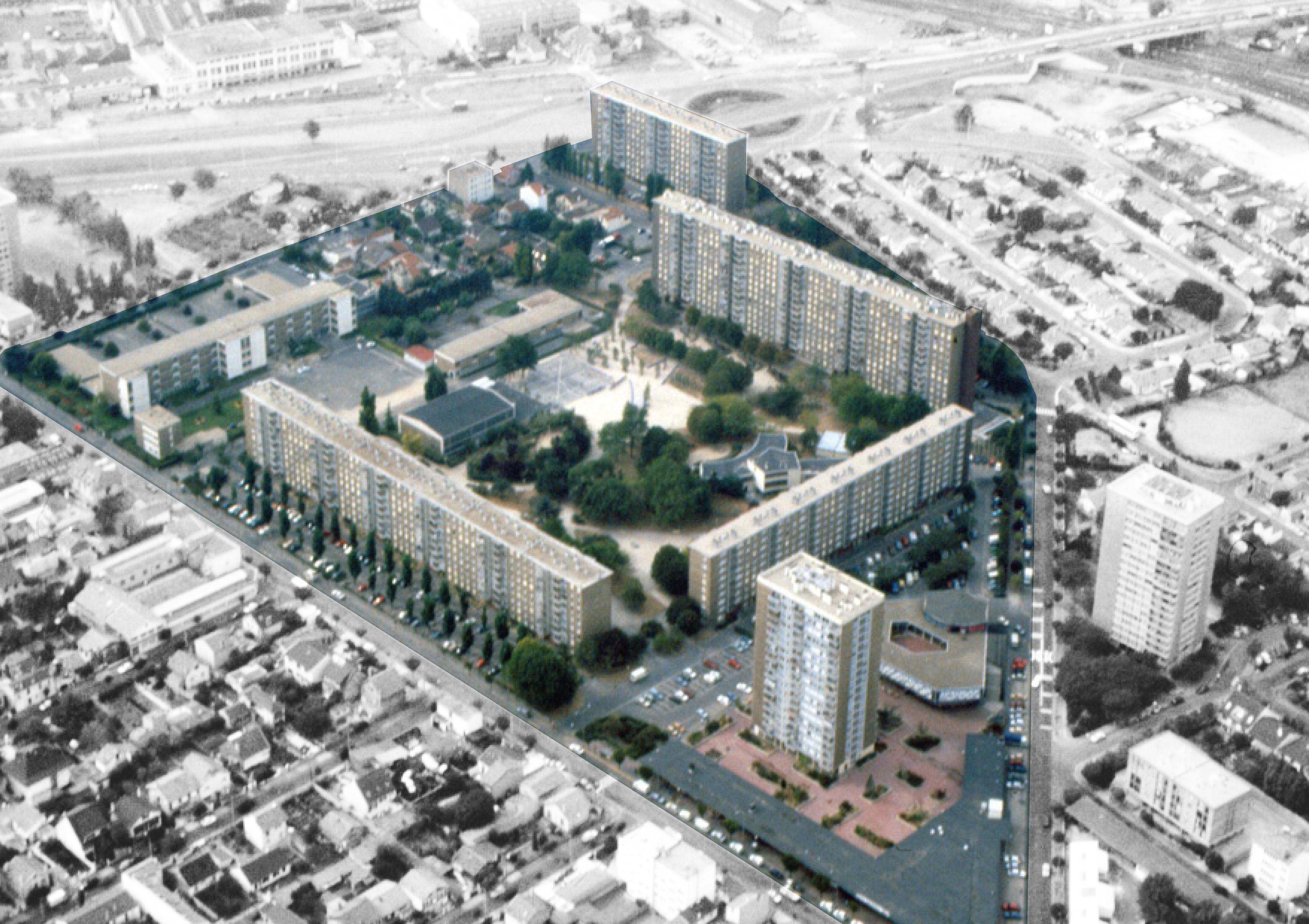 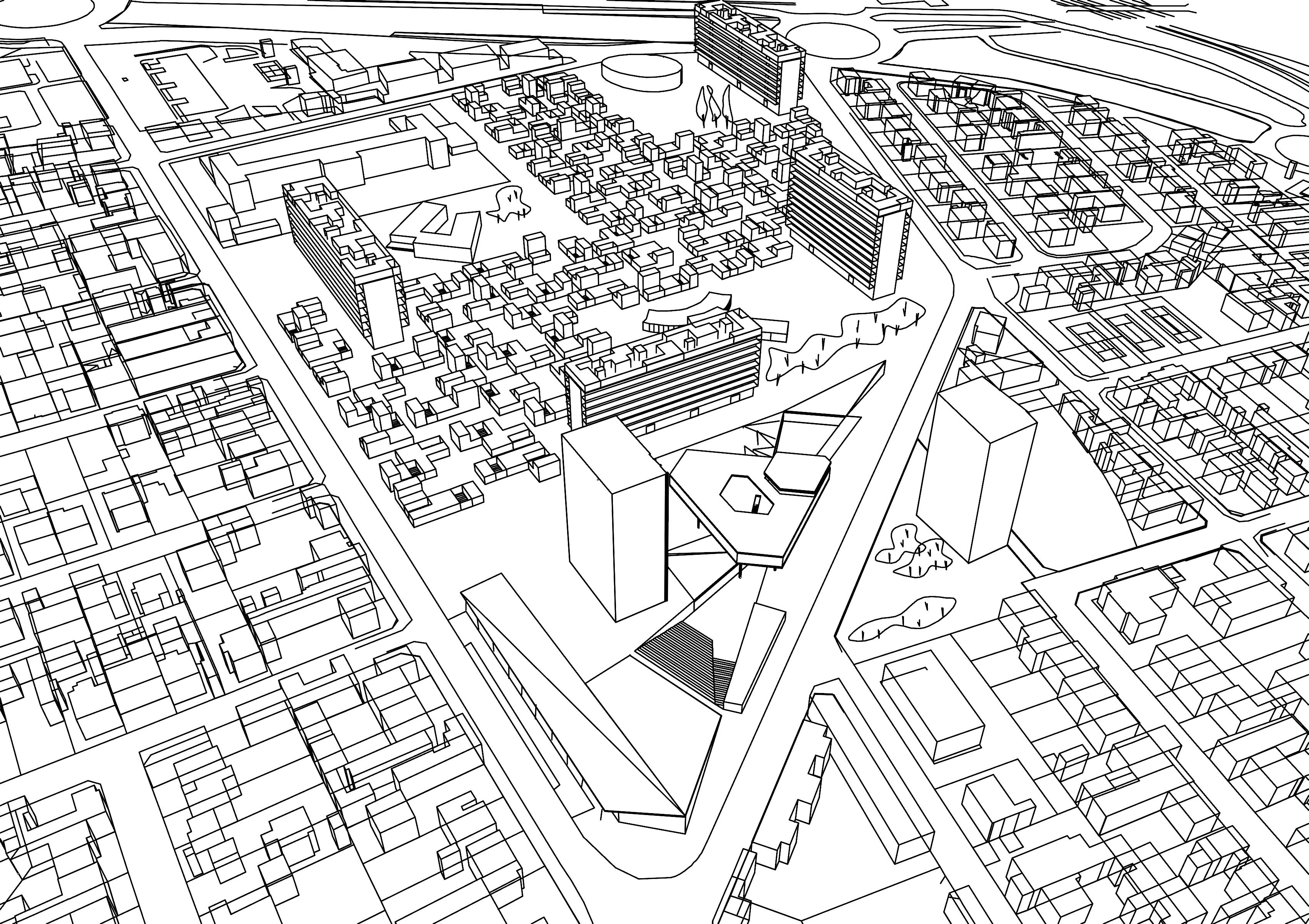 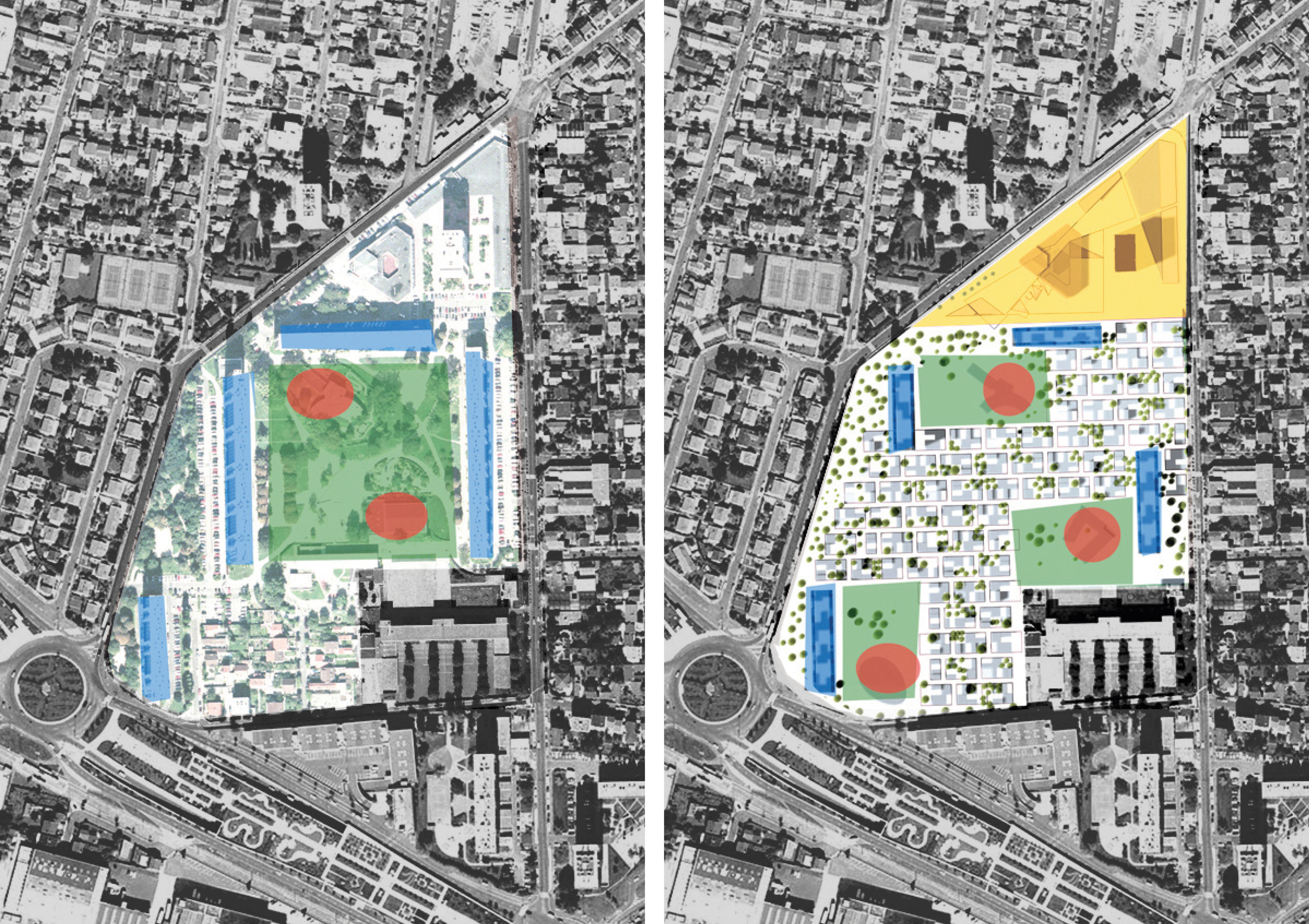 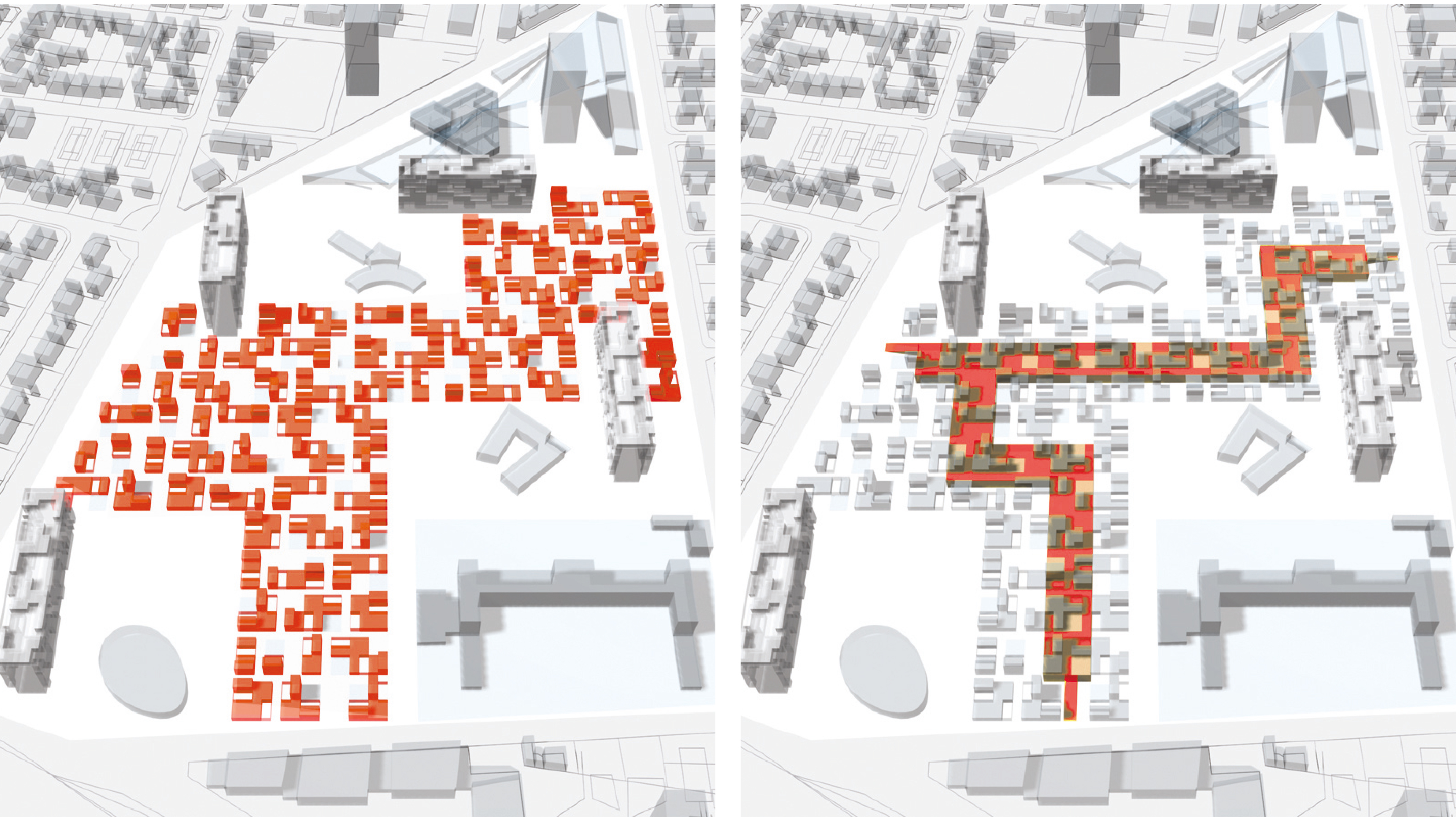 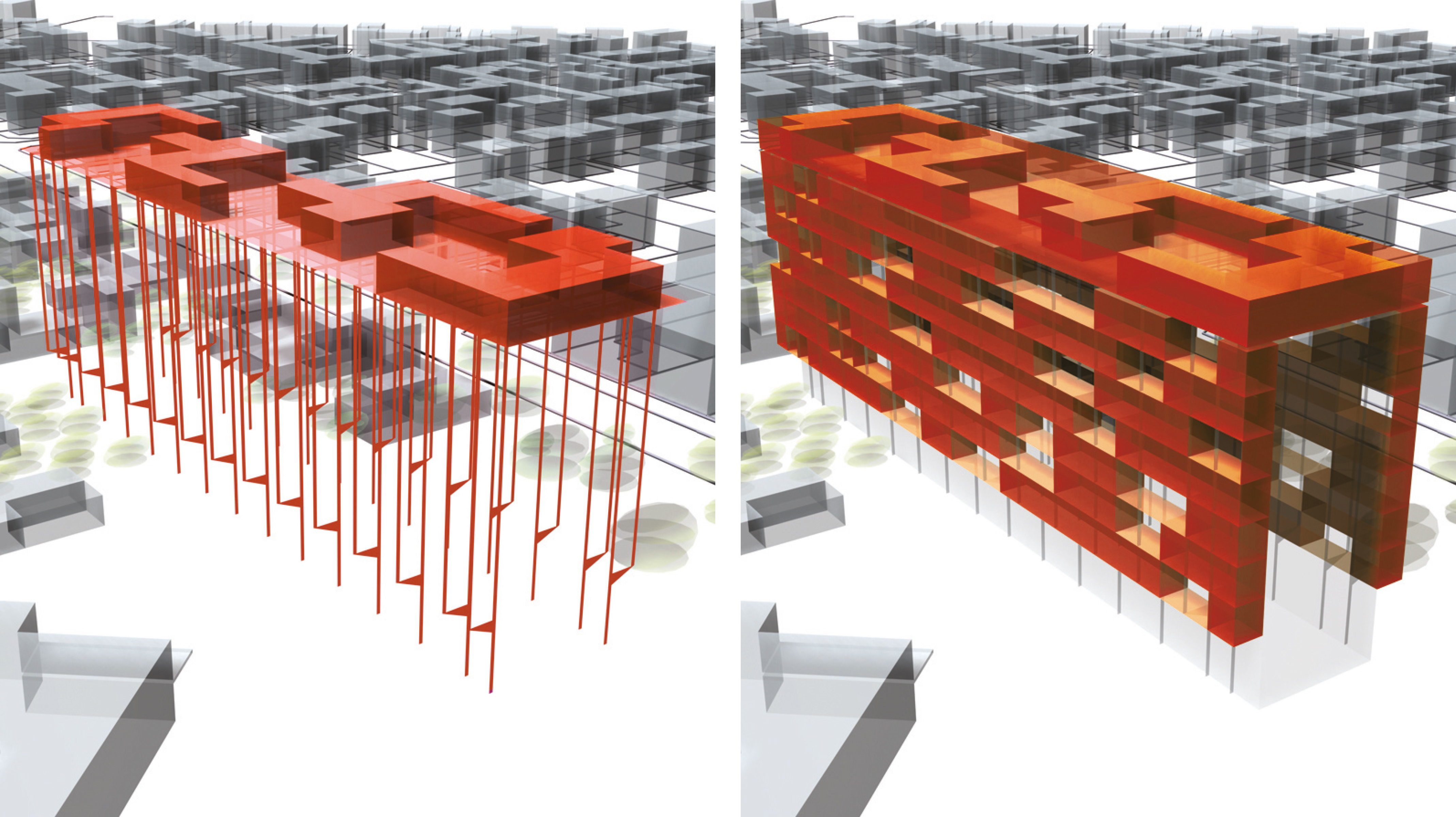 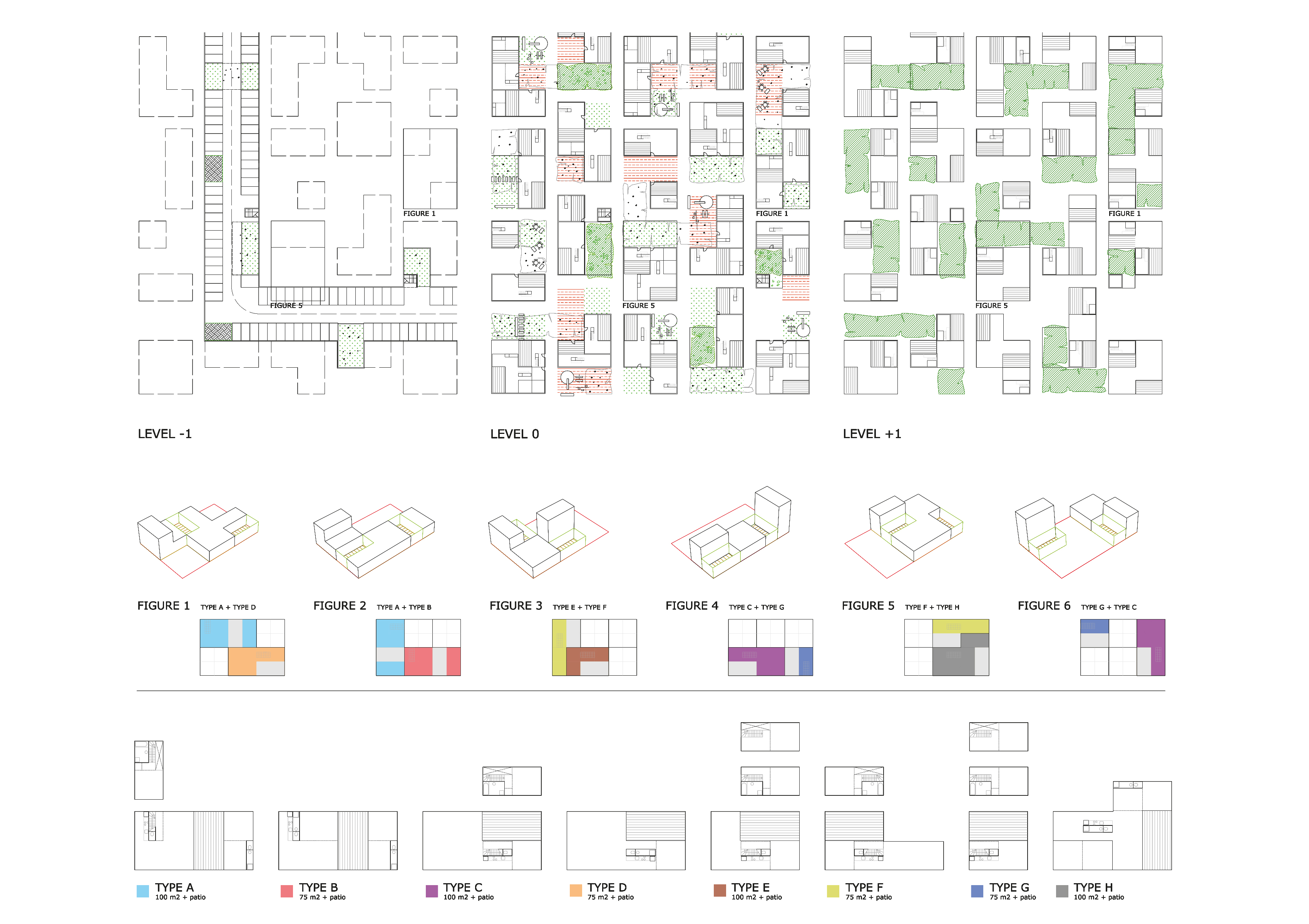 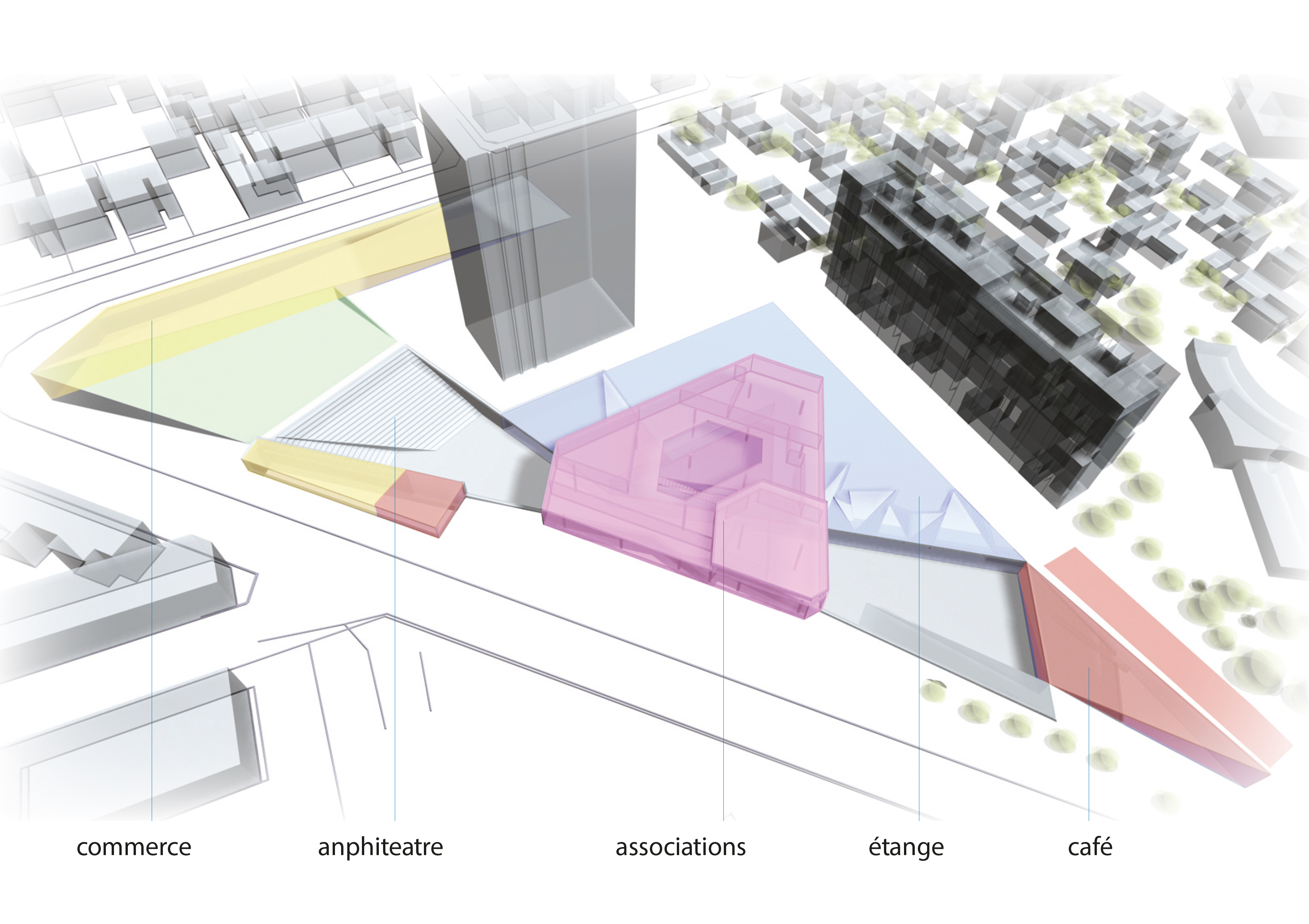 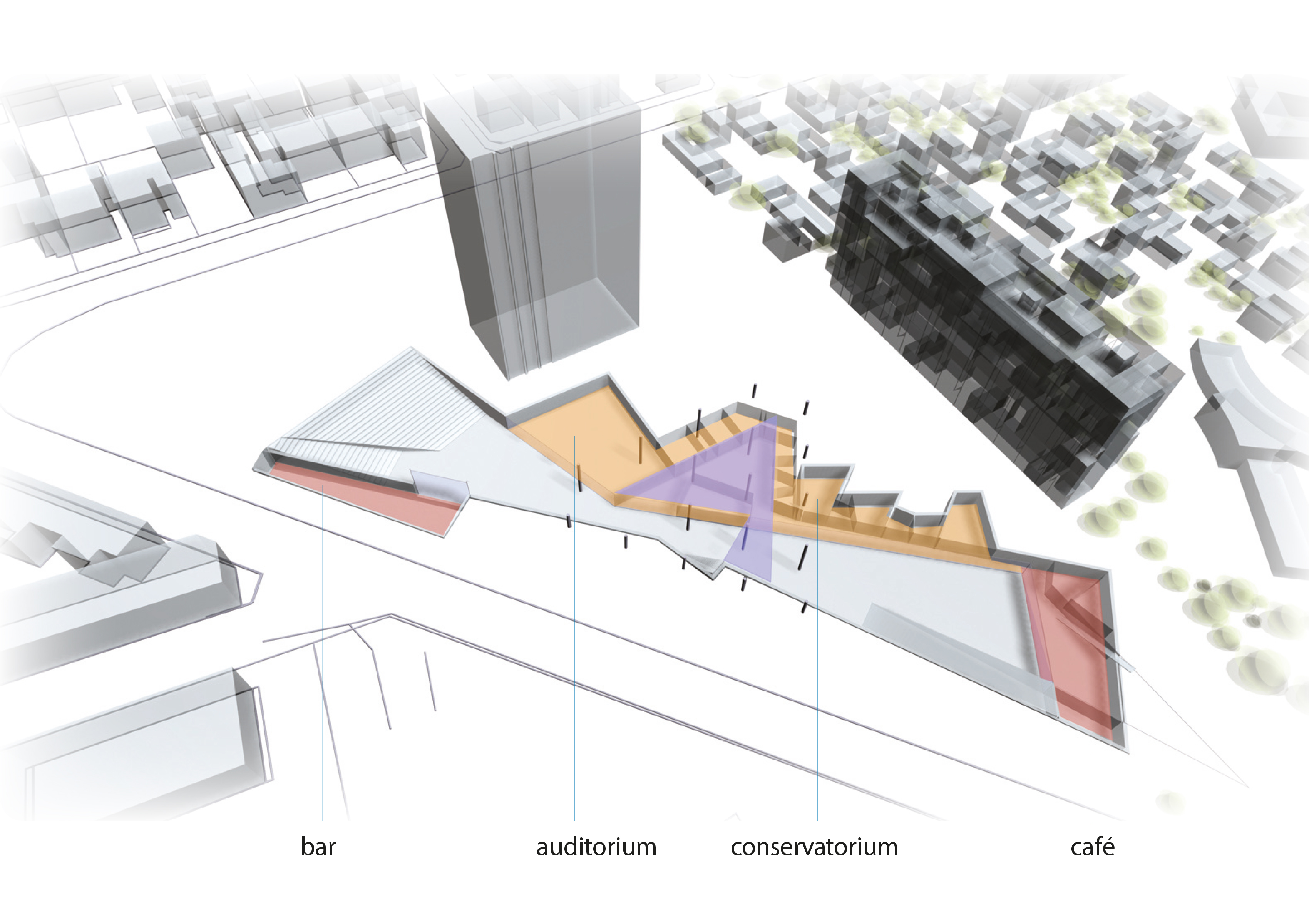 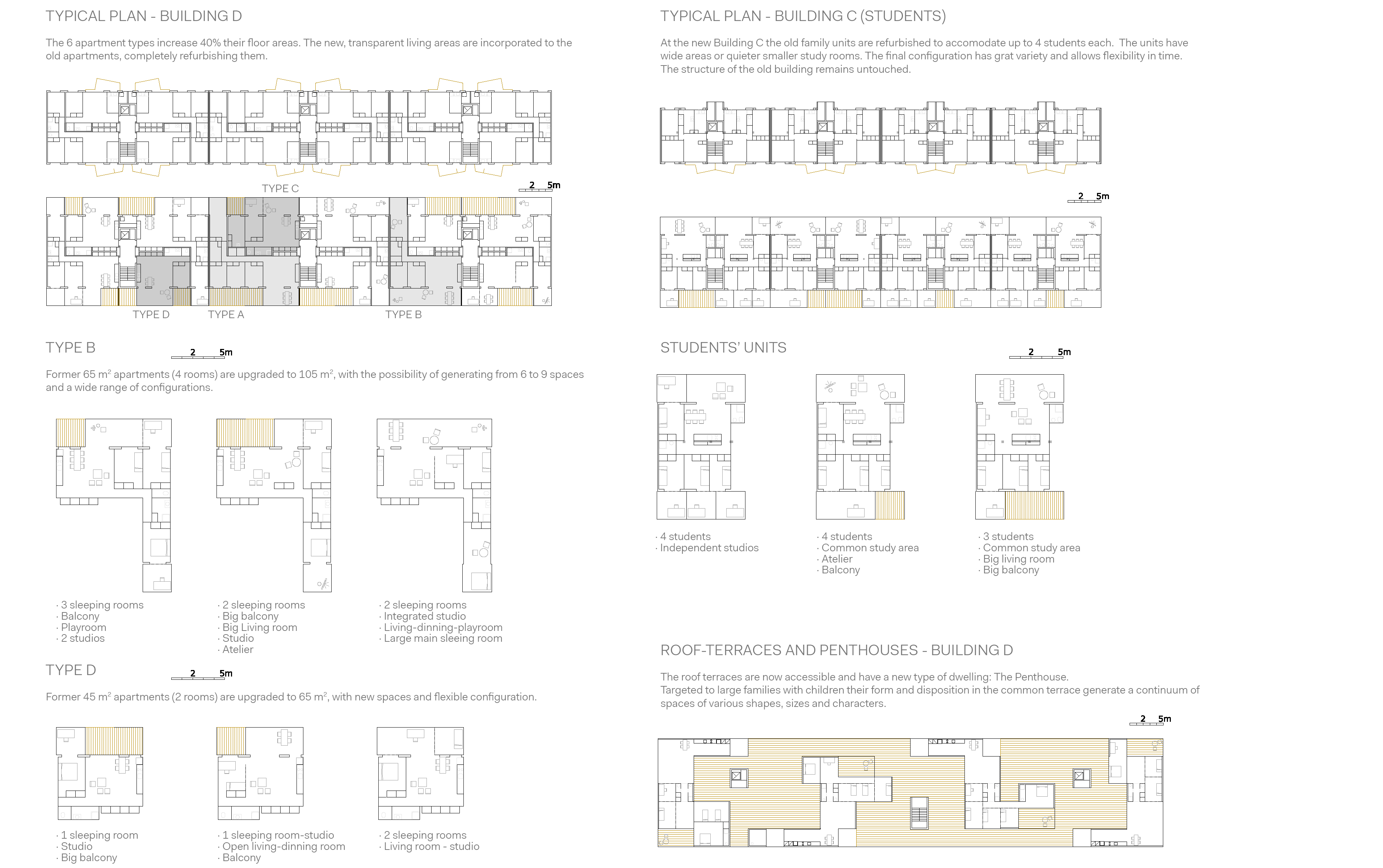 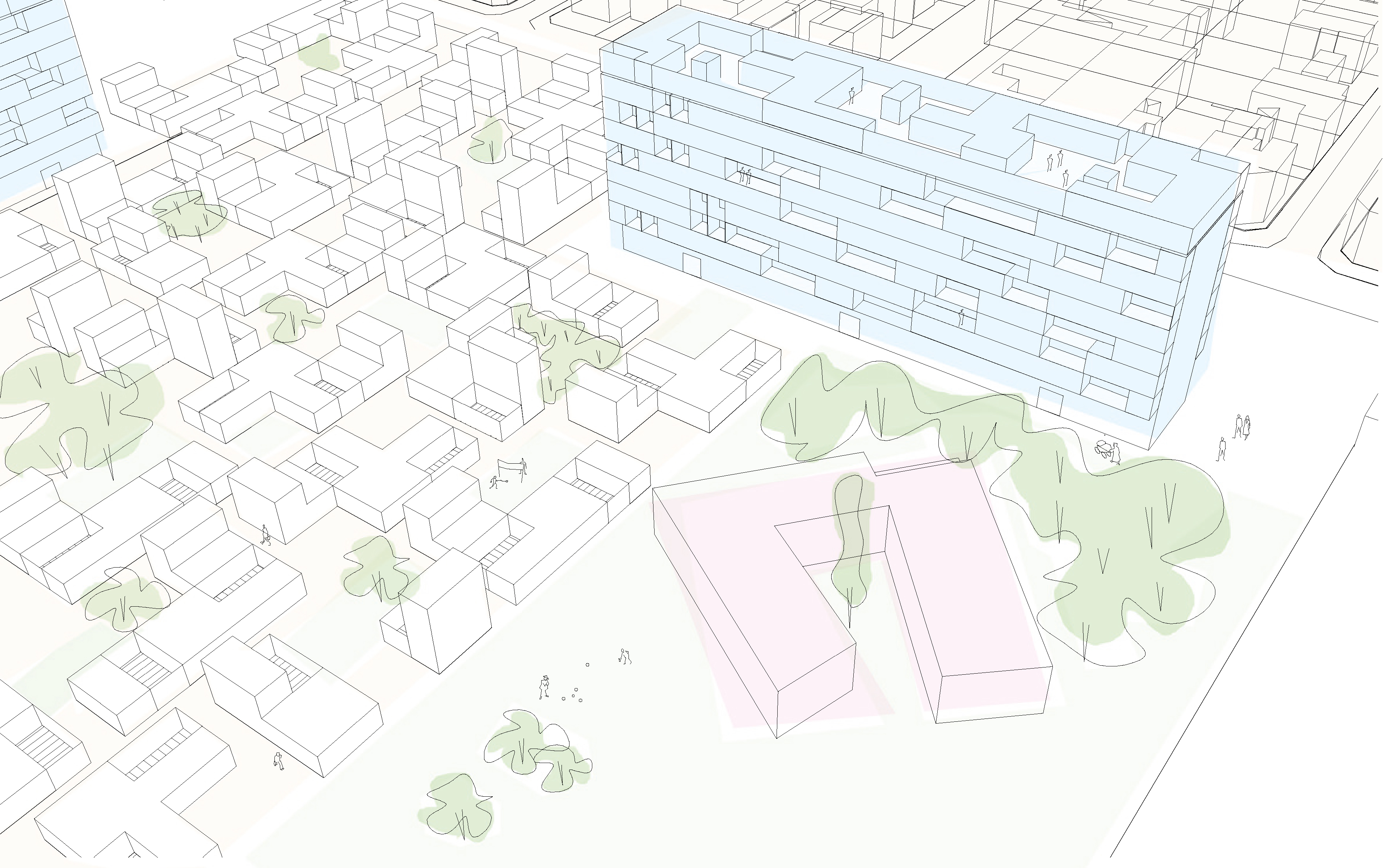 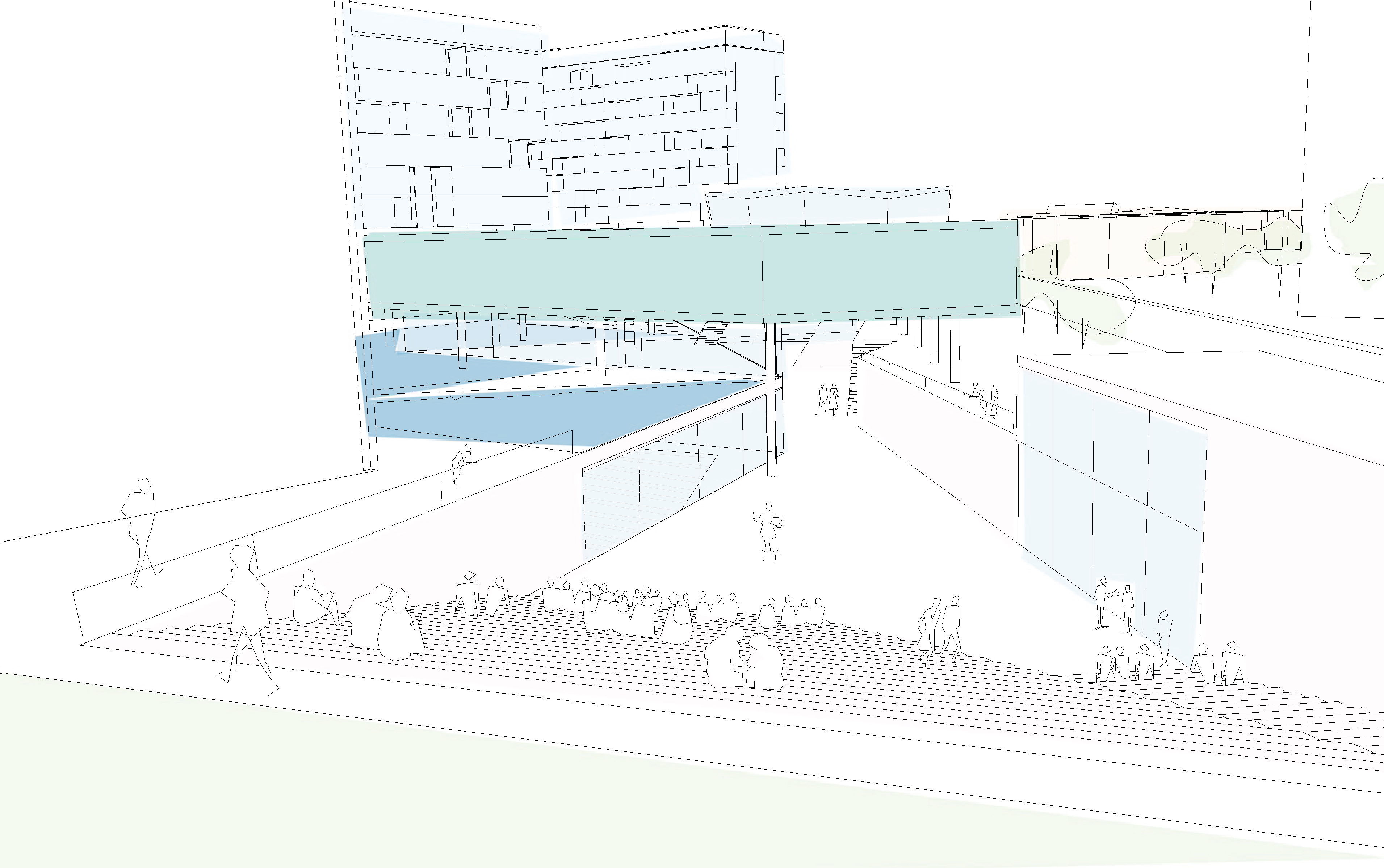