Functionality
The proposal will address the generic issue of the border between urbanized and virgin landscapes rather than trying to solve the specific problematic of this particular site. New guidelines for subsequent research and studies will do better than the use of existing knowledge and technologies. Paradoxically, though, the varied characteristics of the site encourage the approach to three typical situations of the growing outskirts of Helsinki:

Fringe: Together with the built up area to the north it frames the regional green corridor and functions like a transition zone between the domesticated suburban and the mixed low rise-recreational to the south. Its arrangement and scale are similar to the existing, its circulation and parking facilities are traditional streets and garages under the buildings; nevertheless, a formal relation exists with the new behind it.

Bedrock: Steep and rich in scenery qualities, it will combine high density, environmental preservation and an innovative approach to accessibility and circulation. Dug horizontally at the base, tunnels with accesses from the main streets cross the area underneath. Vehicular circulation, delivery, waste collection and parking are located in these tunnels. Punctual vertical circulations along them emerge at surface level evenly dispersed all over the site in plazas or small, domesticated areas with playgrounds and other outdoors amenities. The rest, walk paths and single-family dwellings, is slightly arisen from ground level taking advantage of the lightness of their material. The long strip-like houses seem to lift-off progressively from the ground as this goes down, creating a vertiginous atmosphere while allowing flora and fauna to enjoy similar conditions than previously.

Forest: down to the southeast a wooded but more flat area encourages variety of housing units, higher buildings and more flexible common spaces. Some of the buildings sit directly on the ground and others, housing two larger single-family dwellings –the villas-, settle on top of them. While the former have direct contact with the earth, the latter enjoy of longer views. Vehicle circulation is restricted but not banned here, being the main artery the existing street. Under and along the street runs the parking: a minimum of new tree cutting down is needed.

Form generation
Can the appeal and mystery of the randomly arranged features of nature negotiate with the systematic control required by an urban intervention?

Each unit is set in place, off center and in an angle, in a “virtual parcel” of common space. Placed themselves in the site with neat order the “parcels” will find their best position mirroring and displacing within a rigorous geometry. Never superimposing one on top of another they will guarantee a homogenous density.

Four possible positions for the unit, eight possible front doors and sixteen possible approaches achieve the best possible location for the house, its access and the paths and ramps taking to them; dodging the accidents of the ground, caring for natural richness, finding best views and light, conforming interesting interstitial spaces.

Timber construction
The future of innovative timber construction must be in methodological and systematic prefabrication. Essential, especially in Finland, is to move the production process from the building site to the assembly hall. Its optimization is based on inexpensive prefabrication of completely finished units; high standards in energy control, short montage and higher quality employments (through weather isolated workrooms). Flexible modularity appears as a good starting point: a small number of components with a high potential of adaptation to different types of dwellings.

The highest European standards in this direction can be found in cross-layered glued planks –known as CL-wood-, which offer a simple self-load bearing main composition for enclosures and coverings and works efficiently in vapor sealing, storage mass, sound insulation, etc. The static properties of these “boxes” -the rigidity of their frame-promote simple punctual foundations, allow exceptional cantilevering, encourage excellent low-cost prefabricated finishing, offer great freedom to the position of openings and permit easy transportation and montage. The interior surfaces are complete or can be effortless coated with panels.
The insulation layer goes directly on the cl-wood panels and on a lathing the wooden cladding skin is the final façade layer over the super structure. The electrical equipment is mould from the outside on the CL-wood walls, though there is no need for an extra layer regarding the protection of the vapor sealing. 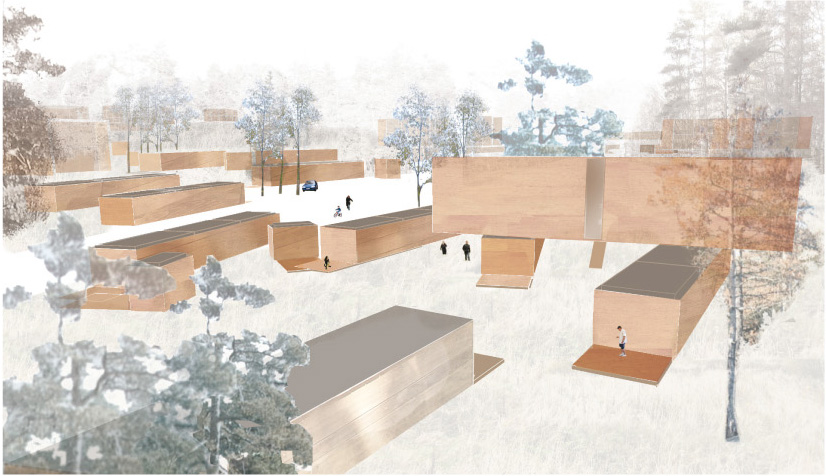 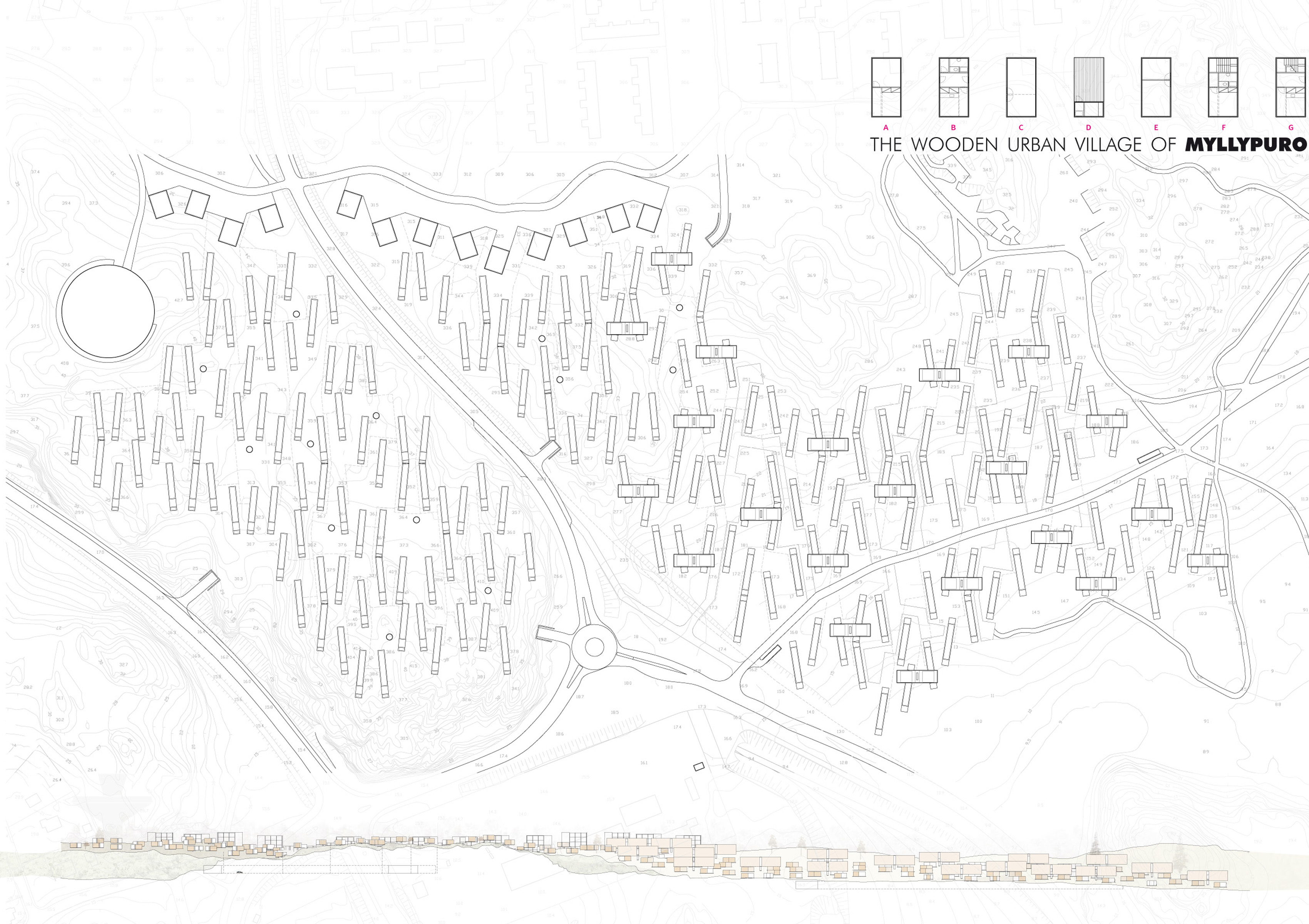 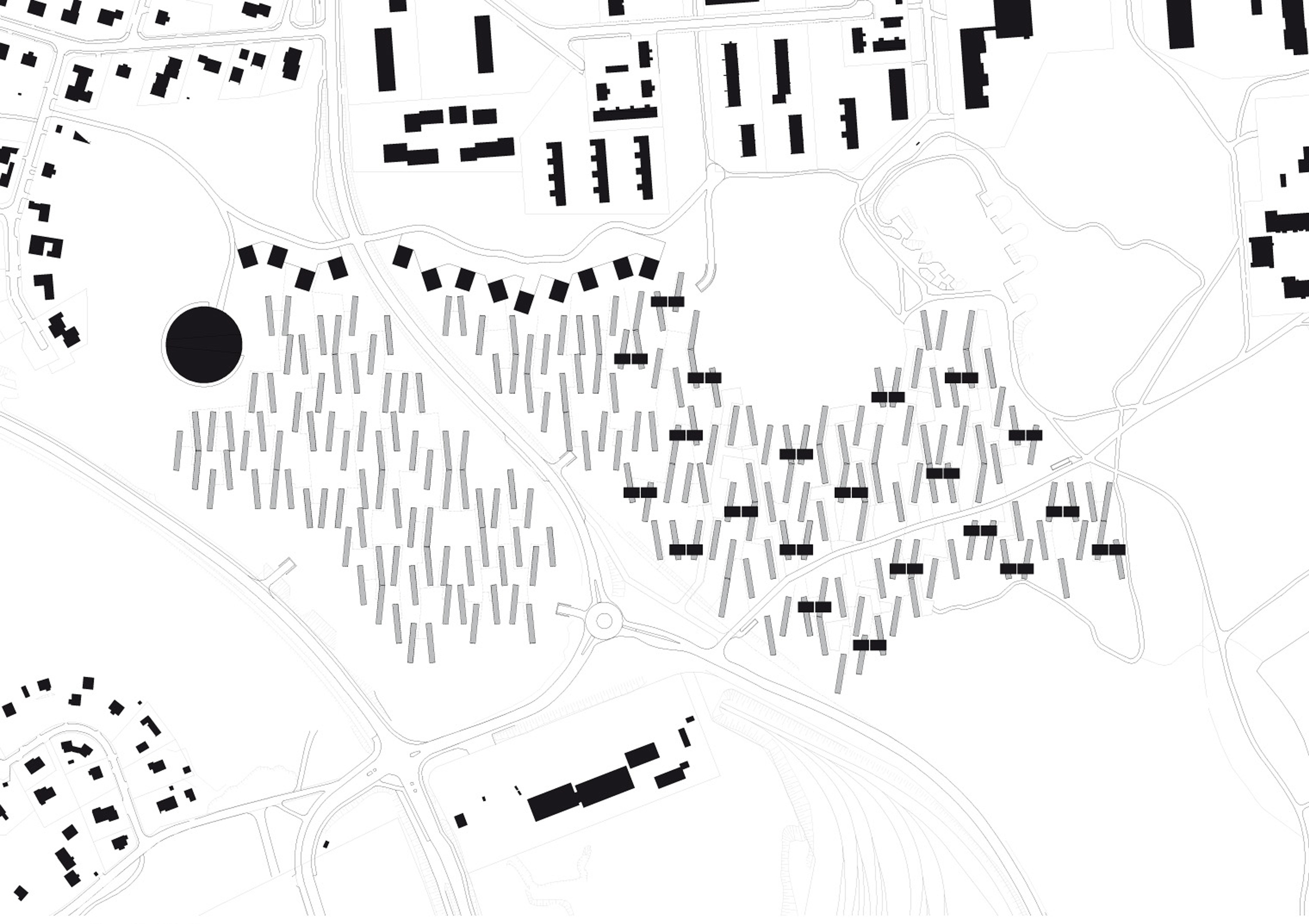 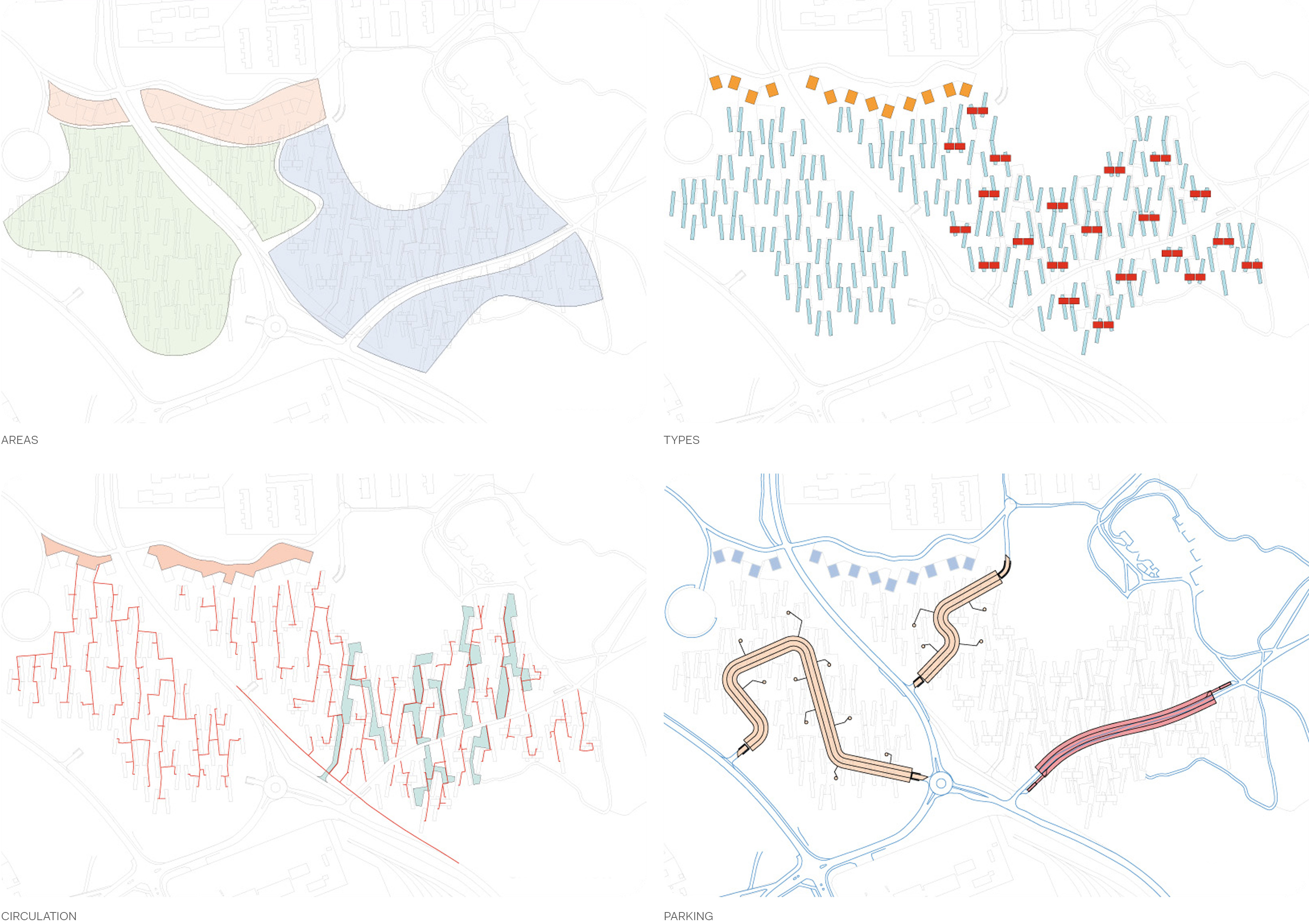 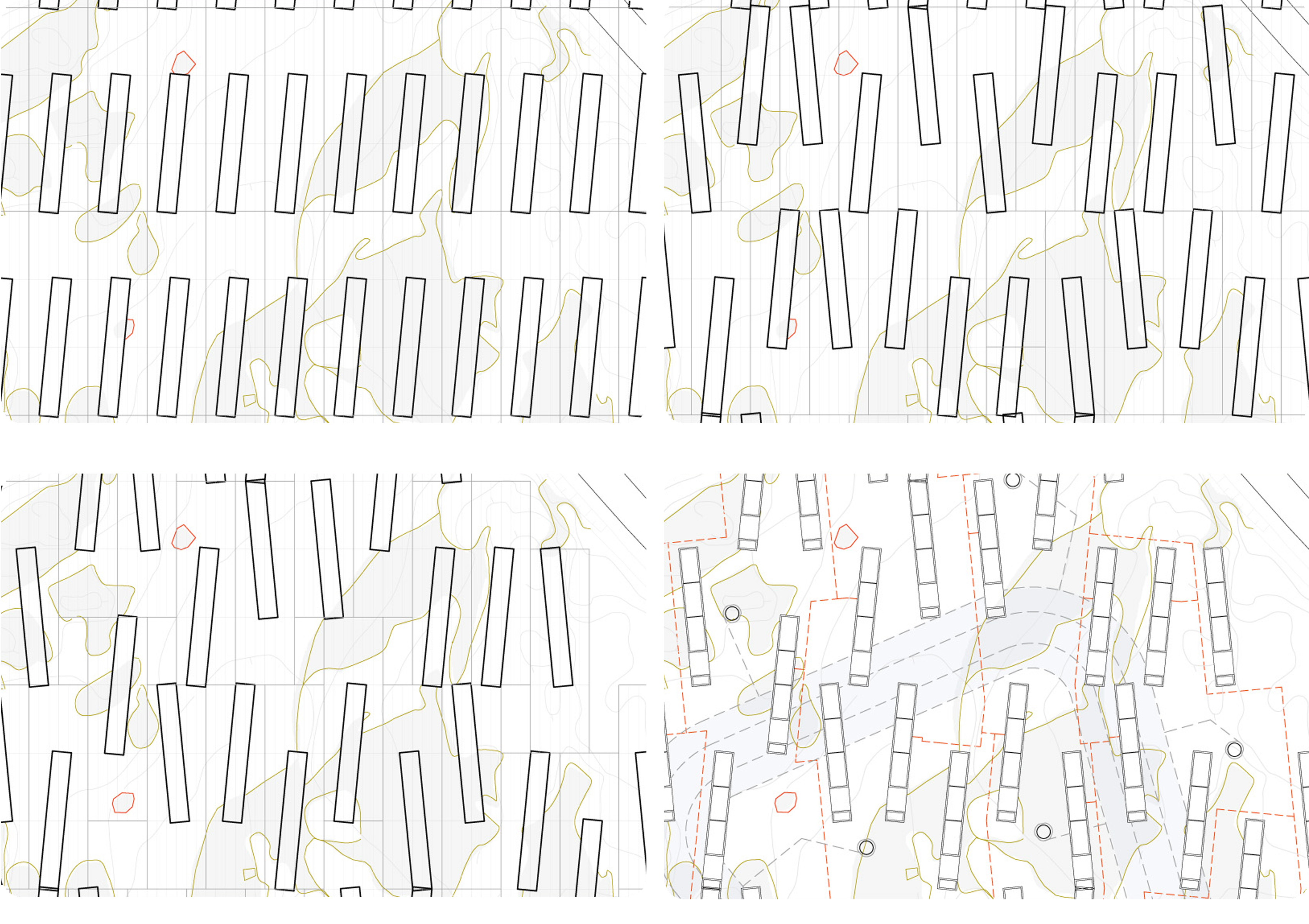 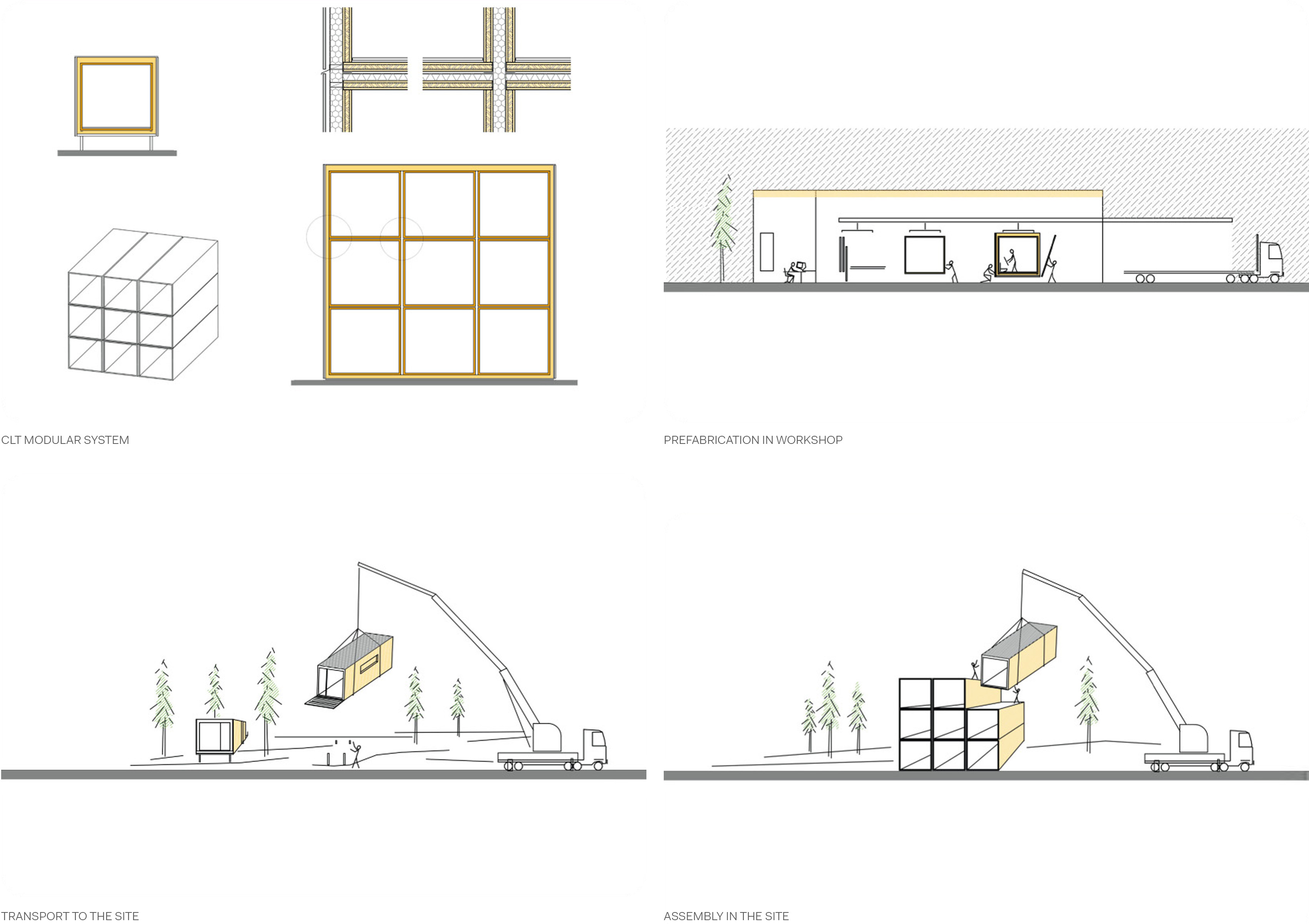 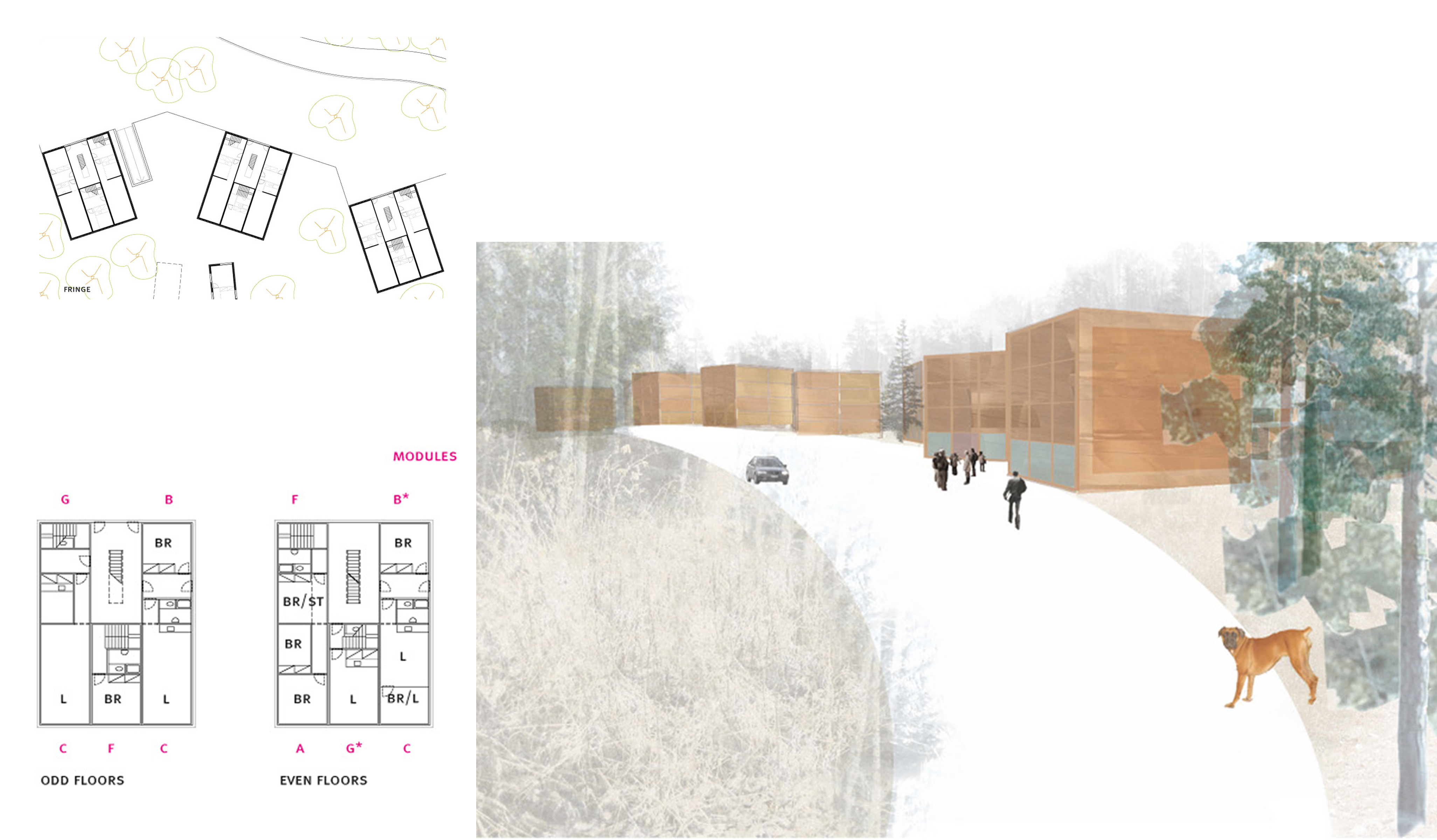 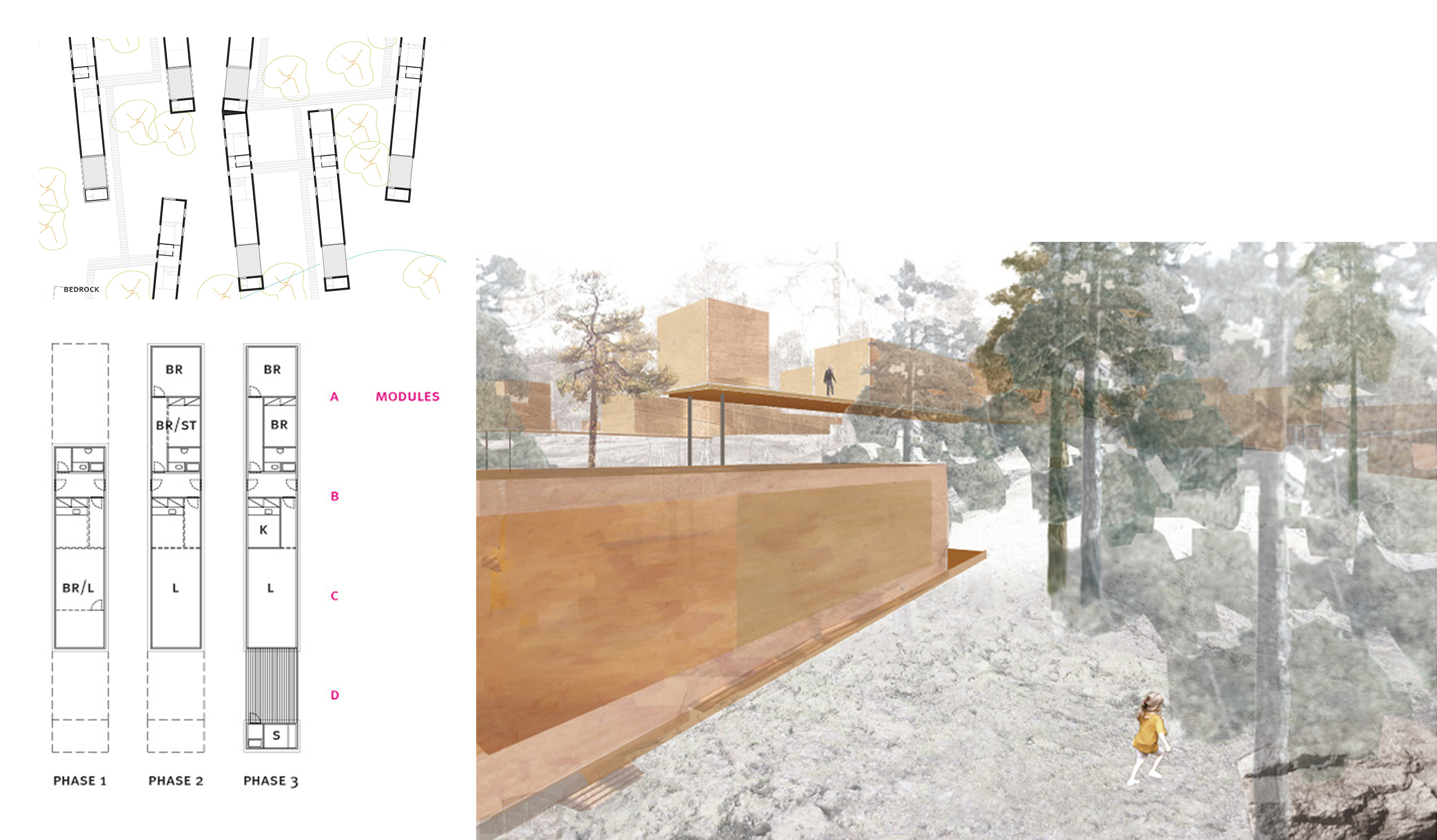